Biological samples are useful as long as they are clearly identifiable and stored reliably. Prevent damage from incorrect handling and preserve the value of your biorepository with our robotic system for biological samples. Our Smartfreezer® EVO LAB is a robotic solution for the automated storage and retrieval of sample vials with biological material, in liquid nitrogen vapor, at cryogenic temperature (-180 °C).

Traditional cryogenic storage systems place samples and users at great risk. They are labor-intensive, time-consuming and error-prone. Users have to wear protective equipment to avoid damaging their health. Manual handling involves the risk of mix-ups and physical damage to the biological material.

Our Smartfreezer prevents incorrect handling and offers maximum safety for both the user and the samples. 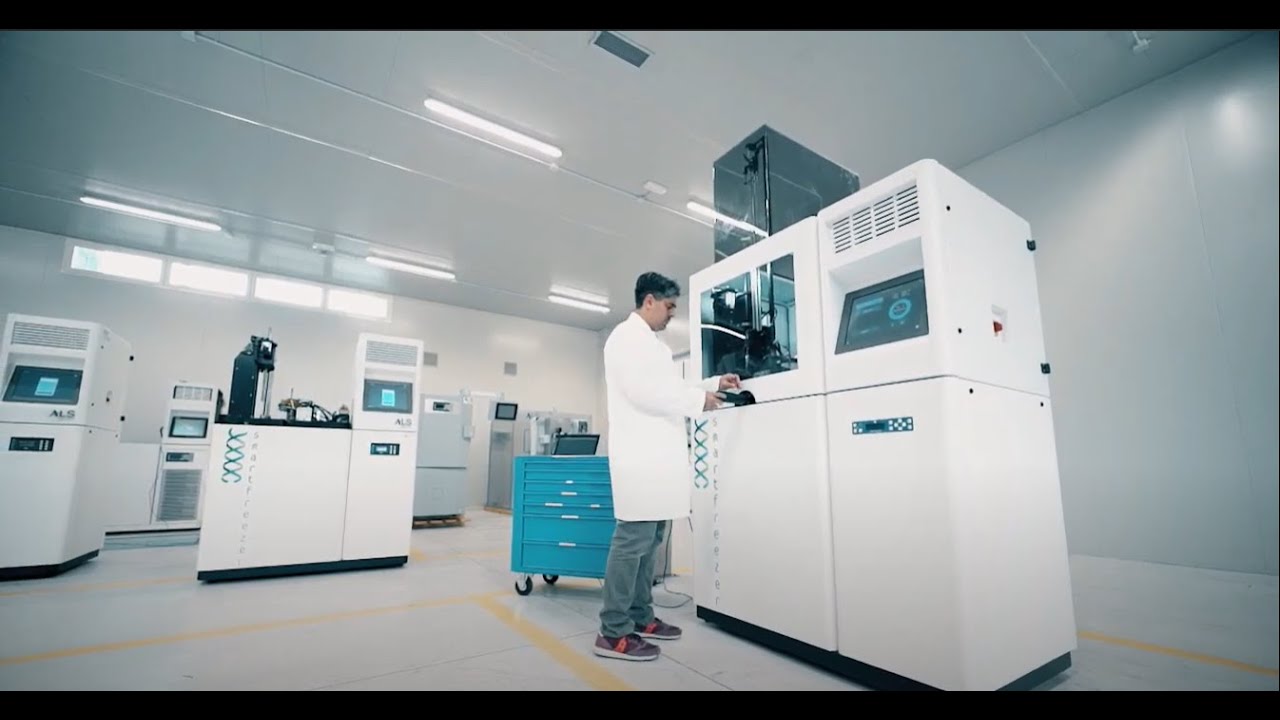 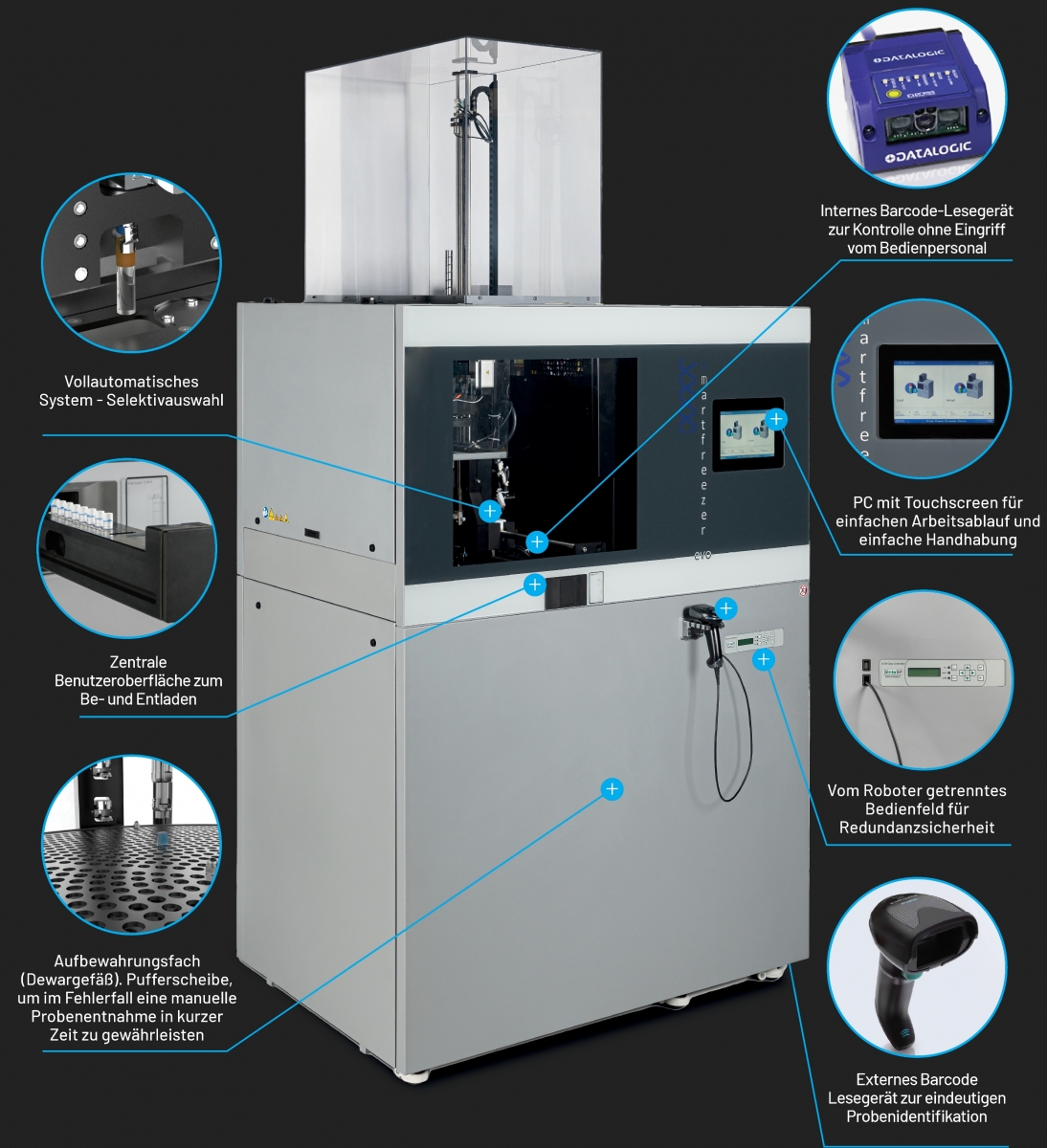 Loading and unloading is done by individual vial, avoiding exposure to unnecessary thermal stress to the tubes stored within the device. The operator does not need to come into contact with either a cold surface or liquid nitrogen while using the unit. The only activity the user has to do is to select the required sample via the Controller interface. The robot controls the movement of the samples from room temperature to the low temperature environment inside the unit using a gripper operated by compressed air. Here, 10 perforated discs are stacked, and the stored vial is inserted into on of them.

All information about user actions, storage conditions and sample history can easily be exchanged with an external laboratory information management system (LIMS).

A Revolution in Storage Systems

Traditional cryogenic temperature storage systems are manually operated and expose samples and operators to various risks. The operator must wear protective equipment to prevent possible suffocation and/or frostbite. With this type of operation, users themselves are responsible for selecting the correct samples, a process that involves handling heavy racks in awkward tanks. Recovering an individual sample means that all samples stored in the rack are exposed to heating. All of these events are avoided thanks to the Smartfreezer's automated action. 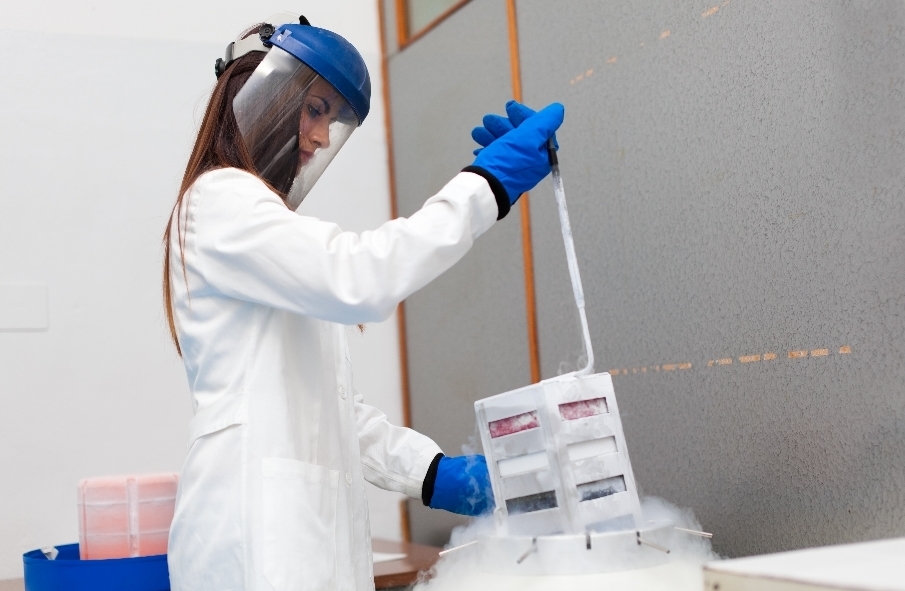 The samples are stored in nitrogen gas, which not only provides the safest conditions, but also prevents the risk of cross-contamination between samples. The guaranteed temperature range is -180 °C to -150 °C. The equipment is also fitted with an internal barcode reader for identification of samples and a touch screen PC for easy and intuitive operation by the user. 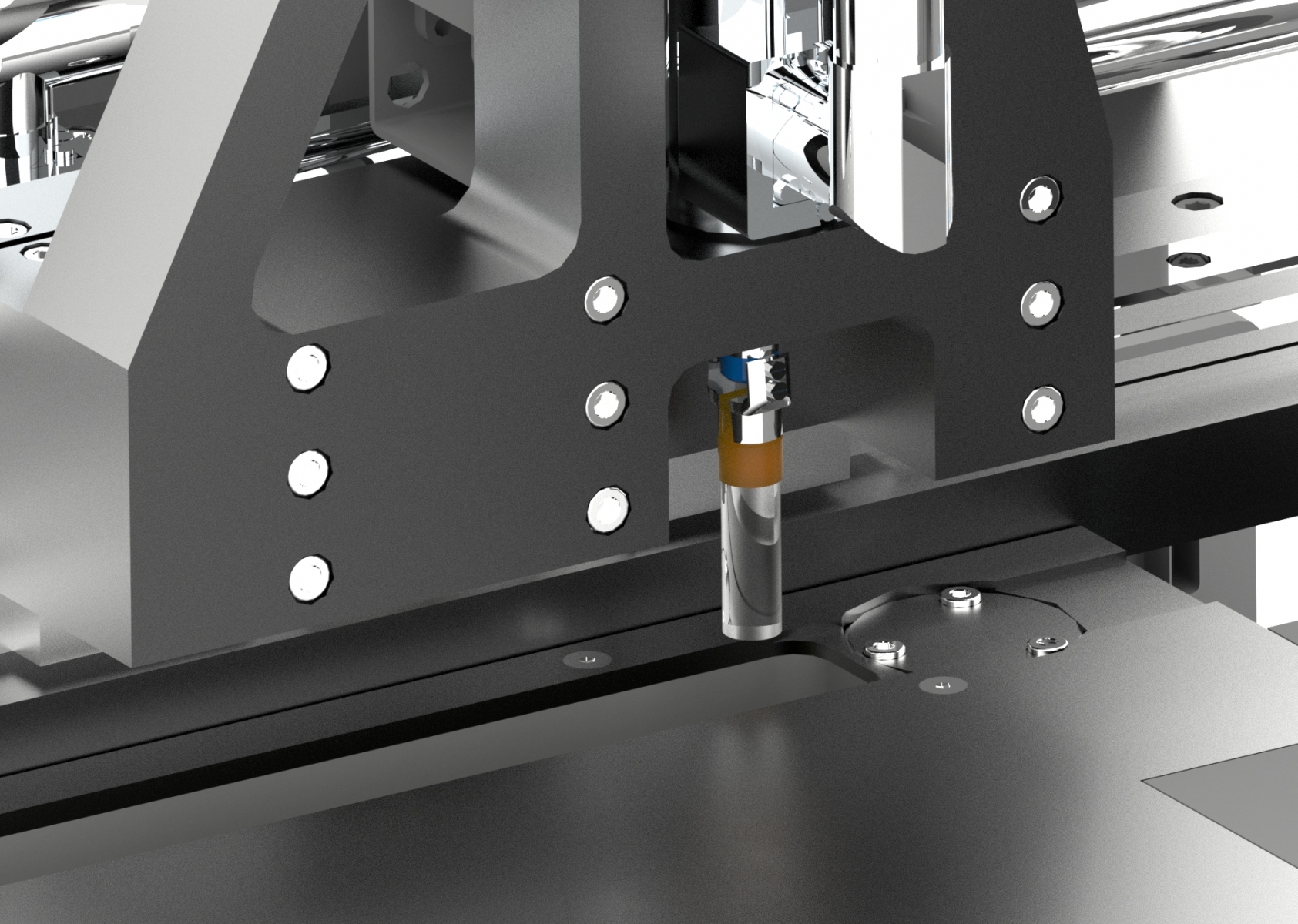 Access to the system requires a username and password. All operations carried out by the user are recorded in a LOG file, which makes it possible to determine the exact sequence of all activities at any time. The number of different access levels can be freely configured. Access rights can be configured individually by the administrator, who can grant or deny permissions to execute individual processes for each user.

The Advantages of our Angelantoni Smartfreezer

The user is never exposed to cryogenic temperatures with direct contact with liquid nitrogen.

Management of individual samples during the loading and unloading phase.

The vials are protected from harmful heating events.

Complete traceability of the operations carried out on the device.

Automatic verification of vial codes during loading and unloading.

Depending on customer requirements, versions with different capacities can be provided. Here, the diameter of the holes for receiving the vials is customized. Each Smartfreezer version is designed to take up vials of a single capacity.

Give us a call

and we will discuss your requirements, the cost, and everything else you would like to know, in an informal, obligation-free conversation. Benefit from our many years of project experience in almost all industries and receive ideal proposals for your individual application. It is our goal to support you in continuously improving the quality of your products.

Why not right now?

Send us an enquiry

Our Experience in the Field of Cryopreservation of Biological Samples

Angelantoni Life Science has developed the only fully automated solution in the cryogenics market that eliminates the risks and complications associated with storing and retrieving samples kept at cryogenic temperatures. Manual handling is not only prone to errors when loading and unloading samples, it can also be responsible for exposing samples to temperatures that adversely affect their usability.

The expertise of the ALS team in the field of biological cryopreservation has led to the correct assessment of the significance of each biological sample in terms of time, work, research and money invested in each project. The obstacle to be overcome lies in the storage techniques, since the biological materials that are worked on contain a variable water concentration that compromises the freezing stages. Cells are unstable at room temperature, thermal stresses cause irreversible degradation. Cryopreservation procedures are extremely heterogeneous, as is the nature of biological matter, which naturally means there is no universal freezing/thawing curve.

Smartfreezer® EVO and EVO LAB ensure maximum safety, both when storing the samples and for the operating personnel.

Smartfeezer® EVO versions are all certified in accordance with the Medical Device Directive 93/42/EEC and its subsequent amendments, demonstrating the company’s unique commitment to high quality and reliable products that guarantee maximum safety in the storage of samples used in clinical and diagnostic procedures.

This state-of-the-art range of ultra-freezers was specifically designed and tested after long-standing cooperation with professionals and organizations in the biomedical sector - for long term conservation between -86 °C and -40 °C.

For long-term conservation of biological samples in scientific laboratories, pharmaceutical research and hospitals at low temperatures of +4 °C, -20 °C and -30 °C.

Questions? Price info? Technical details?
We would be happy to provide expert advice - free of charge and without obligation!

We use personally identifiable data to continually optimize our website for your benefit. Please help us to help you, by accepting our cookies. You can find additional information in our data protection policy.