In spite of modern ventilation systems in open-plan offices, employees repeatedly complain about the indoor climate. In addition to the users’ different perceptions and demands for comfort, technical issues may be the reasons behind such complaints.

For more than 25 years Carbotech AG, which is based in Binningen near Basel, has given advice and support to companies, public authorities and other organisations with regard to environmental matters. The services offered by Carbotech focus on the two core areas of ‘Environmental Consulting’ and ‘Pollutants’. In order to process chemical and physical indoor issues, Carbotech has a wide range of instruments for taking measurements and samples – including MSR data loggers. 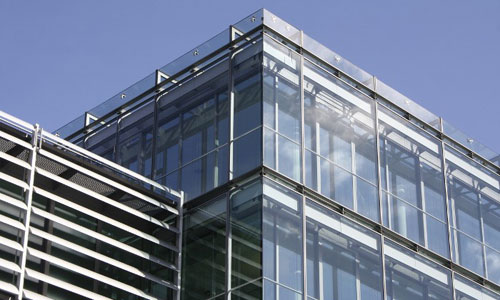 Hot on the trail of indoor environmental quality

Well-being, health and performance are dependent to a high degree on good indoor environmental quality. As the following example will illustrate, measurements taken by a data logger can help to provide clarity about the climate of a room:

Users of an open-plan office complained about unpleasantly cold and fluctuating temperatures around their lower bodies and legs. The company’s technical service was unable to find an explanation; the installed temperature sensors showed no deviations that could be linked to these complaints.

Having been commissioned to investigate, Carbotech conducted interviews with the individuals concerned and positioned MSR255 data loggers equipped with temperature and humidity sensors in the places the users had complained about – particularly those near the air supply at the floor outlet and at desk level. The measured values were recorded as minute averages. In this instance the short averaging time was worthwhile – the cause of the problem was discovered quickly from the multitude of data:

The temperature of the air supply in the area of the floor openings showed great fluctuations; it oscillated from approximately 19°C to 24°C and back to 19°C – each time within 40-minute intervals.

It was not surprising that this phenomenon could not be detected with half-hour averages or with the temperature sensors mounted on the ceiling. The usual preset half-hour averages resulted in stable temperature values at the intervals observed. Office equipment and employees, as well as the buffer action of other materials between the air inlet vent on the floor and the sensor on the ceiling, prevented the great fluctuations in the temperature from being detected.

The users’ legs had sensed correctly as the evaluations of the measurements taken with the MSR loggers revealed. The air heating control of the air conditioning system was defective and was subsequently replaced – the problem was successfully resolved!

The MSR255 data loggers used for this climate observation feature an LC display, which shows the current value of all measurement channels together with the battery status and further device information. Due to the low power consumption of the overall sensor and memory electronics, data can be recorded for periods of over a year.

The full version of the MSR255 is equipped with four high-speed sensors that can be fitted optionally inside the case or connected externally using a cable. The available sensors measure the temperature, relative humidity, air pressure and light. In addition, there is a sensitive sensor with fast peak function for measuring acceleration in all three axes. There are also four analogue inputs, which can be connected arbitrarily, and a configurable alarm output.

Back to more applications

Questions? Price info? Technical details?
We would be happy to provide expert advice - free of charge and without obligation!

We use personally identifiable data to continually optimize our website for your benefit. Please help us to help you, by accepting our cookies. You can find additional information in our data protection policy.